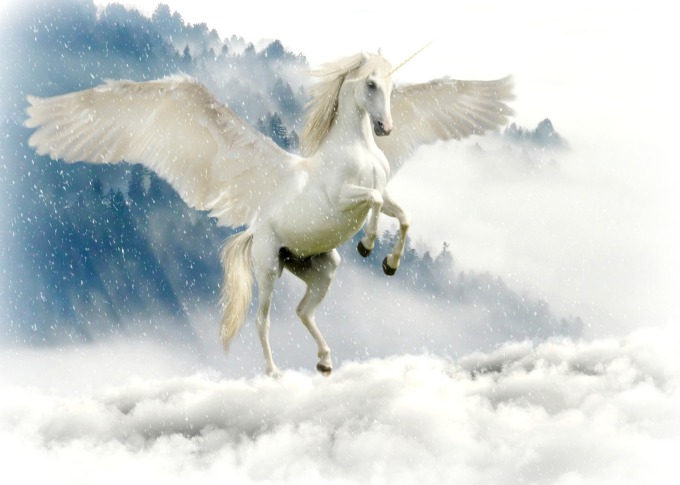 Mythical Horses 3/16/2020: Pegasus Traci Kenworth Of my favorite of the mythical horses, Pegasus is tops. The winged wonder of the Heavens. Mount to the gods. Pegasus is legendary. As a child, I could never decide between the unicorn and Pegasus. I loved both of their stories. Even today, I’d be hard-pressed to say which one I like more. Where Did the Wings Come From? Were they just some altered version of angels’ or birds’ wings? Did our need for speed and flight bring about the mythical horse? Perhaps it was an ancient idea of an airplane. Pegasus first appeared on the scene in 750-650 B.C. in Greek mythology. And to answer the question above: No, Pegasus did not always have wings. He first appeared in mythology as a golden-maned and tailed, pure white horse. The wings came later. What’s the Story Behind Pegasus’ birth? He and his brother Chrysoar were birthed from Medusa and Poseidon after Perseus slay the Gorgon in battle. Medusa, that is. Apparently, they sprang from one tale off the neck. Another had them born of the Gorgon’s blood on the slaughter field. Still another said it was Perseus blade that birthed them. And there’s the version where the mingling of Medusa’s blood wi